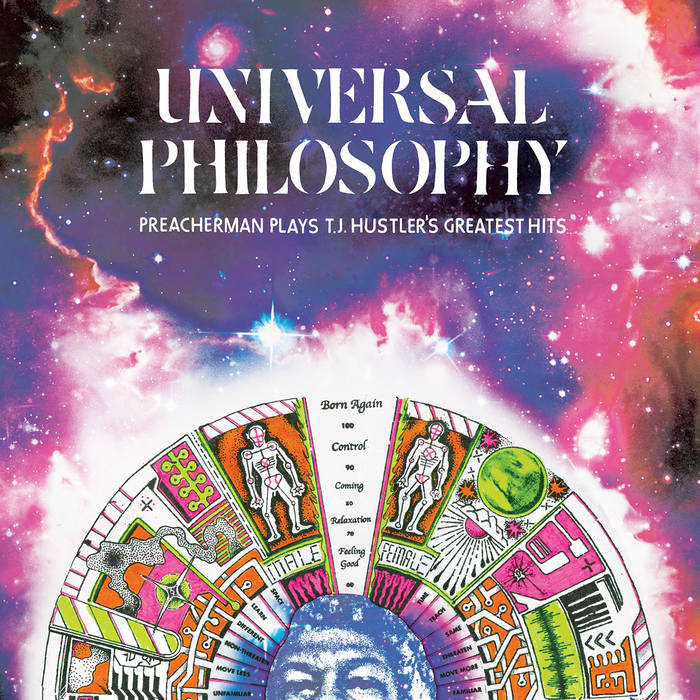 Note: Having visited Mr. Jones frequently over the past year, we found ourselves in regular discussion about the music market, and what today’s music consumer really wants. As we have no clue, we asked a local Luaka Bop customer, to pay a visit to Mr. Jones.

Here is a transcript from their conversation:

Customer: So, can you tell me a little bit about yourself?

Mr. Hustler: About myself? Well, it's a whole lot. But I can narrow it right down. I played in a lot of bands. I started playing in bands in '63. I mean with bands back then, you played five nights a week. And I started playing when I was in eleventh grade because I had an organ. I was playing blues, I was in Fresno, right? So I was playing every Saturday and Sunday night. Ten to six in the morning, because then the clubs just kept rotating throughout. Everybody was out and about, TV hadn't taken over yet.

There was clubs everywhere, everywhere. So I made my way through college with that. I kept playing. And then when I was at college I kept playing. I was still in Fresno when I played here in Oakland, played like four nights a week for three years. That's how you did things back then. But I got tired of it after a while.

But see, you learn a lot from musicians, you know, and you would never believe what goes on, but I was always the backup person. So I didn't care but I watched everybody kill each other over nothing, but I didn’t care. They owed me nothing. But anyway, I moved down here to Oakland in the 1970s, moved down here with a group. Same thing, I had my organ. That was the first time I started actually building stuff in my organ to make it sound right. See, I was running around trying to sound like Jimmy Smith and Jack McDuff and all the rest of them for a while.

I was fine and dandy and lasted for 10 years, when things got more rhythm and blues oriented, more funky, and that didn't work. So the jazz was kind of like going away, so I started beefing my organ up. First thing, I beefed up with was a foot bass, that sounded just like a bass. I had a person help me then because he was an amp technician. He built it into the bass pedals and I made the bass come out of a simple speaker. There were only three of us and it made a big sound so we all kept working together, working at it and it took off.

It took off like a bat out of hell. You think it’s the best of the times too, and there's still clubs all over the place. You know? So it was fine and dandy. Then I got tired of that because I was working till five am, all the time. That's how it all started. I was really a technician. I would fix the IBM typewriters and copy machines, the word processors and fix those. And I took the job in San Jose and I transferred to San Jose and that's when I got hooked up with everything.

You hit a button and get the thing and come out. That's what I do, this keyboards got everything in it and you know, everything's become digital, digital. What's that’s doing is pretty much the same thing as the cell phone and the smart phone. It reduced everything down to uh a swipe and a poke. You can get everything you want, all the feasibility right? Eight track went down, you know, vinyl went down, CDs went down, and cell phones put everyone down.

So I've always be uh, kind of like doing the same thing, I was always ... well, you know, I would stay working too. But then with IBM ... still working in 1980 but I was always able to do this music and the regular job at the same time.

Then that kind of started to get old and nobody does that anymore, nobody. So uh, that lasted till 1986, then when that happened, I started driving limousines and a taxi cab. I think that was the best move I ever made. I was able to travel around, go around, come back; this and that. But I was always looking for, actually how to improve upon what I already had.

I kept pushing on, pushing on. Always kept the music going but the whole idea behind what I was doing, it was what I was dreaming to do and just training my hands and feet to work together. Trying to get them to work together. When they work together, you can do a whole lot of things, that changes your brain too. It changes your whole brain, your state of mind changes. So it's kind of like instead of having a cell phone with a poke and a swipe, you got ten fingers now to use. Ten pokes at the same time. I never knew that this is what I was headed for, what I was doing.

What it did is put everything in a music store in that box. So music stores can't really sell anything anymore. They can't sell nothing. Everything, the mixers, the EQs, you know, the special effects, you know the 10 and the 16 track mixers. Who thought it would reduce like that?
All I need is just a keyboard and a speaker. So basically what they have done is come up with a keyboard that really challenges the DJ booth. That's how they make this work. So when I set up, which I can set up in 10 minutes. You plug it in a DJ booth and it comes out all over the speakers. So I'm doing just what the DJs do with records, without the records, just with these fingers.

I just thought about it way 20 years ago. It didn't happen till today. I kept going but I see now, that's what's going on in America. I think America is being ran by another entity, another being that's tearing everybody down. They don't let you see it either, just like they said, "don't dig back in the past."

So I just kept going and I knew it was because they try to put stuff on here all the time, they said you can't figure out where it's coming from. Yes you can, [T]they can figure out where it's coming from so
I learned to uh, control my movements, habits and patterns. Though I'm still on the same habit all the time. The same store, the same show; that's where they get you. So because they listen in to us now and they know exactly where you're going when you're leaving the house. You're walking to the store, and then there's a person in the store ahead of you. So they put a poison outside the package before you touch it.

So we're all in it but it ain't new either, that's like Noah's Arc, same thing. And Jonah and the Whale, it's the same thing that Michael had 10 civilizations, rise and fall. So we got out of that, we're in that. A lot of people don't even think they're in something like that, they don't even think it. You can stay out of the trap, you know, you never going to know there's a trap set everywhere but they don't get everybody.

How do you stay out of the trap? Never stand over it, or habits or patterns. Always change your pattern, all the time. And when you go to the store that you used to go into, never get something from the exact same shelf, the same space, the same spot, all the time. Because they put people ahead of you, put a little poison on that before you walked in the door. That's how I do it, now I can pretty much tell if I go in the store and I'm going to buy maybe a box of this and that and I only see one left, I ain't going to buy. Because I know that's how they get you. I never buy because I know what's all set up, everything is all set up and politicians go through this same thing too, they see something running there all the time. All this stuff about Trump and this and that, it's all set ups. That's all to keep you confused so you can't see it, that's what they're doing. And he knows it too. They might have gotten me again as with some kind of poison they put on me. Put poison on that and I'm trying to get that out of me. And I've been poisoned about a good 20 times.

People on Earth, they have to leave and go somewhere else. Just like a long time ago, around the equator, you had to go up farther on. When all the land is full, then what you do? You go somewhere else. Or you kill each other. That's it.

They killing each other, boy they got it all down, don't they? But with the music thing I think it’s just something, that's the inside. You know, I was always an inventor. I was always building stuff, making something sound better so that’s kept me going. So I can do that in the garage, where I have worked a job, come back at night and work on that a little bit and go out and work again. I just did it little, by little, by little this and that, then this, then this. And then uh, we reached this point here. This is a good point here.

I see it coming all the time because they listen to you all the time. Any time they do anything, his chief affairs in legal try to crush you. But that’s what they do, they do it to each other. And that's espionage. When I was working at IBM, everybody hated everybody, so now they reduced themselves down to about 10 companies that own everything. I call it garage espionage. They just spy on everybody in the world before you can even see it coming.

Garage espionage, I said. But, it looks like everything's collapsing and I'll be glad when it does collapse. It will allow new things to come about.

Bandcamp Daily  your guide to the world of Bandcamp